Unionization Substantially Improves the Pay and Benefits of Women Workers 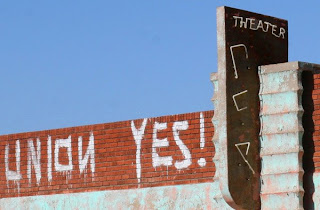 A new report by the Center for Economic and Policy Research (CEPR) documents a large wage and benefit advantage for women workers in unions relative to their non-union counterparts.

The report, "Unions and Upward Mobility for Women Workers," found that unionized women workers earned, on average, 11.2 percent more than their non-union peers. In addition, women in unions were much more likely to have health insurance benefits and a pension plan.

The study also shows that unionization strongly benefited women workers in otherwise low-wage occupations. Among women workers in the 15 lowest-paying occupations, union members earned 14 percent more than those workers who were not in unions. In the same low-wage occupations, unionized women were 26 percentage points more likely to have employer-provided health insurance and 23 percentage points more likely to have a pension plan than their non-union counterparts.