Child labor in America, are we going backwards?

"What happened to the investigation into Agriprocessors? We had over a dozen children testify to us. Children! 14, 15, 16 year old's, who worked up to double shifts in that back room, with full knowledge of their supervisors. When are we gonna take action against them true criminals?" -Congressman Luis Guitierrez

When reading and writing about the crimes committed at Agriprocessor's, the nations largest Kosher meat distributor, they allegedly had a crystal meth lab on the site, they paid no overtime, they had almost 400 illegal aliens working at their plant and forced double shifts upon the workers, but, the one that sticks out, even more than all the others, is their failure to abide by the child labor laws of the United States. They had a girl plucking feathers from dead chickens who was only 13! They had 57 under age employees! They were forced to work double shifts! Their supervision knew it all!

Why does it bother me so much. Well growing up poor and having to work at a wee age myself, I can attest to mistreatment by bosses, I mean I even cleaned the INSIDE of a garbage truck that picked up at the local poultry market and had to wait to get paid, had to even go directly to the owners "mansion" to collect a measly $20. I smirked when I heard that the owner of the company died, good for him, I hope it was painful.

From the last story which I posted today, "Al Jazeera: The truth about illegal immigration in the USA", Congressman Luis Guitierrez, from Illinois, asks, "What happened to the investigation into Agriprocessors? We had over a dozen children testify to us. Children! 14, 15, 16 year old's, who worked up to double shifts in that back room, with full knowledge of their supervisors. When are we gonna take action against them true criminals?"

So how far deeper do we have to go back into time before 5 year old's are picking nuts and collecting oysters?

Remember people, before George W. Bush I worked in a warehouse in Brooklyn, it was a good union job, one day immigration swooped into the warehouse, out of the 600 workers 3 did not have their paperwork, 3, and 2 just didn't have their papers on them. You got that, out of 600 workers in a warehouse in New York, during the Clinton administration, only 1 was an undocumented worker! So where have we wound up in the last 8 years, we have the Department Of Homeland Security, we have the threat of "terrorism" and we now have probably about 15 million undocumented workers who have no rights.

George W. Bush has created a country where anyone can get in, a country where undocumented workers routinely work on the infrastructure and are routinely treated like slaves. George W. Bush and his cronnies have completely f@cked the American working class. John McCain, who is known as a maverick has voted 90% on policies, laws and changes that were approved by George W. Bush. Someone mentioned that that's more like a sidekick than a maverick. Now I don't blame Bush alone, I blame the people who hold the strings to the puppet, John McCain is the next in line to get Bush's strings. Isn't it time to get a new set of puppeteers?

History, if we fail to learn from it, we are forced to repeat it

Here's a few images by Lewis Hine on Child labor in America in the early 1900's
From the National Child Labor Committee Collection, thousands of pictures at link 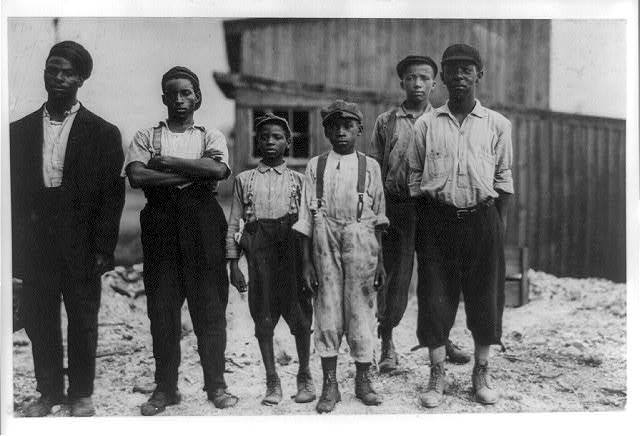 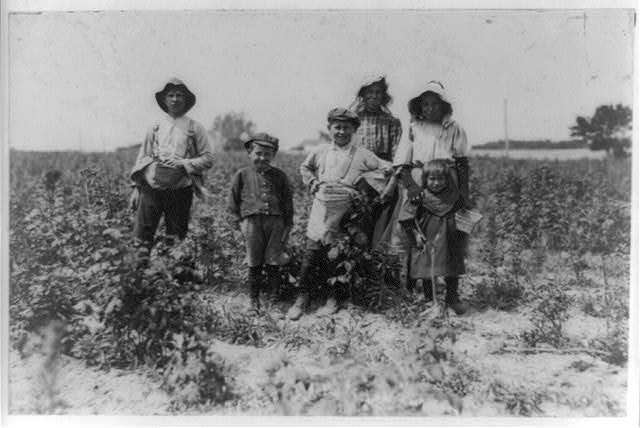 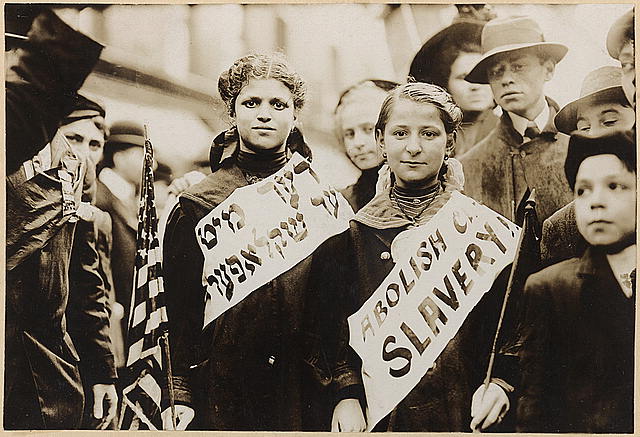 Speaking of agriprocessors and ICE, In Laurel, Mississippi Ice raided Howard Industries on 8-26-08 and detained 600 immigrants.
Ironically, not one person who is in management, HR, or the president of the company was led away in handcuffs.
Illegal immigrants/child labor have not broken the system, it is the system.