The story of Gary Puleio: OSHA accepted this implausible story

From the Gary Puleio Blog: 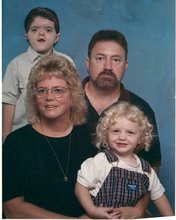 Gary, Linda, Donald and Gary, Jr.
Gary was killed on the job at a concrete plant on August 15, 2001. He had been employed there only 3 months as a non-union cement truck driver and fell 25 feet to his death, from a cement tower, while shoveling gravel off the hopper to clean it. The company claimed Gary just wandered up there on his own, without wearing any safety equipment, at the end of his driving shift rather than being assigned this dangerous task because he was the “new man”.

OSHA accepted this implausible story and after admitting no wrong doing, the company paid a $6000 fine for REPEAT violations for not posting danger signs at a confined space and not implementing measures to prevent unauthorized entry. This company had multiple serious violations issued only months before Gary was killed which were informally settled with reduced fines.

Corporations routinely “negotiate” with OSHA to downgrade fines through a process called “abatement. ” Aggrieved families of dead workers have no such access to OSHA, face hurdles in obtaining information under the Freedom of Information Act, have their concerns condescendingly dismissed and ultimately are told that no further action can be taken once 6 months have passed since the “alleged violation”. .