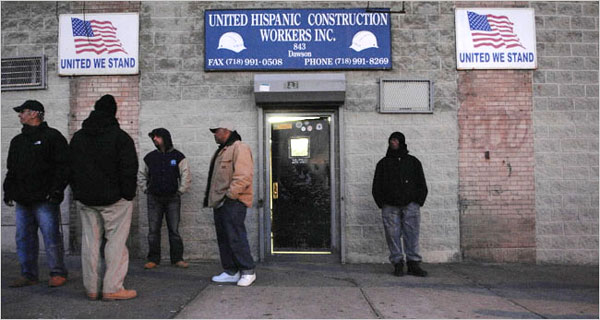 New York — The builder was an out-of-towner, but was well-schooled in the ways that business sometimes gets done in New York.

So when a group of burly men turned up at his Queens construction site in 2005 and threatened to shut the place down unless he hired someone from their crew, he quickly made peace. He put one of them on the payroll for a no-show job that paid $15 per hour.

The arrangement looked like a traditional Mafia shakedown, but it wasn’t. The men lining their pockets were leaders of a “minority labor coalition,” ostensibly set up to help blacks land jobs in an industry still dominated by whites.

The difference was likely lost on the contractor. When he cut the checks, he wrote the word “extortion” on the stub.

Prosecutors say these kinds of shakedowns keep happening in New York, despite an intensive effort to rid the construction industry of a brand of corruption with roots in the civil rights movement.

Over the past year, Manhattan District Attorney Robert Morgenthau obtained a string of indictments against the leaders of minority labor coalitions.

Labor coalitions developed in the city in the late 1960s, and their rallies and pickets at construction sites were originally aimed at integrating trades once notoriously closed to minorities. But in later years, authorities said, legitimate groups became outnumbered by intimidation squads looking for payoffs.

“They keep popping back, because there is a lot of money to be made,” said Daniel Castleman, the district attorney’s chief of investigations.

And while some gangs engaged in brawls and gun battles in the early 1990s, outright violence over jobs is rare these days, in part because some crews found they don’t need to play rough to get paid.

An indictment filed last week accused a pair of men calling themselves the “Committee on Contract Compliance” of threatening to report dozens of builders for safety violations unless they forked over cash. Many contractors grudgingly complied. An indictment said at least 16 made payoffs as high as $10,000 to make the pair go away.

“As we’ve been able to prosecute them, they’ve changed their tactics to some degree,” Castleman said. “They’ve become a bit more sophisticated, and they’ve learned what the definition of extortion is. They try to step right up to that line but not cross it.”

Not every labor coalition in the city is dirty, prosecutors say.

David Rodriguez, the longtime leader of a Bronx coalition called United Hispanic Construction Workers, insisted that his organization is among those operating cleanly.

Every workday at 6 a.m., the group piles workers into vans and drives them to a list of construction sites that might be looking for laborers. Workers who land jobs pay a fee back to the coalition.

Rodriguez said contractors use coalition labor because it is reliable and cost-effective, not because they are afraid of what will happen if they say no.

He acknowledged that on rare occasions, the group still resorts to picketing construction sites to pressure builders to hire more Hispanics, but he said there is nothing wrong with the tactic, as long as it is legitimately aimed at getting jobs.