Disabled American Veterans ask you to "Stand Up For Veterans"

More than 50,000 of our military service personnel and veterans are returning from Iraq and Afghanistan with serious wounds and permanent disabilities. Yet the federal government is not providing sufficient, timely, and predictable funding to treat their visible and invisible wounds of war. Our veterans stood up for us. Now it's time we stand up for them. Ask Congress to keep our national commitment to providing our veterans with the mental and physical health care they need.

Stand Up For Veterans is an initiative of the Disabled American Veterans, an organization of 1.3 million disabled veterans who are focused on building better lives for disabled veterans and their families. The initiative seeks to find public policy solutions for all veterans, particularly those returning from Iraq and Afghanistan, who have incurred devastating injuries and disabilities, including traumatic brain injury, post-traumatic stress disorder and other psychological wounds of war.

With all the money being spent on this war, why is it that the government seems to ignore the returning Veterans. I've written before that we need people who are capable of making a living in todays world and that they get the care they desperately need. We do not need more homeless people in our country. The government needs to take the steps to get these men and women the care they need. Without our voice, without the story being told that unfortunately will never happen.

Take a look at the money spent so far

click here to learn more
Almost $500 Trillion! And these men and woman are having a hard time getting screened for PTSD. If you click that link you can see what that money could have bought. I'm sure a fraction of it could go towards making the homecoming of the returning vets a bit better. Then these private organizations, IAVA, WWP,VFW, etc., that are just scratching the surface of helping, just by the mass of personal that is out there needing help, could do so much more.

Suicide
the uncounted death toll of the War on Terror

Without getting too deep into this subject, as I have already explained I have things to do, here's an excerpt of one veterans story as told by Boston.com: 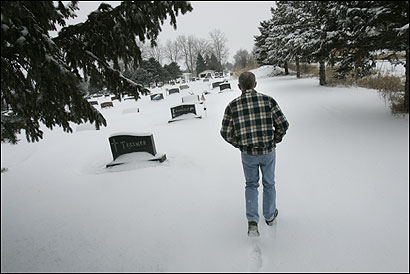 Family and friends had convinced him at last that the devastating mental wounds he brought home from war, wounds that triggered severe depression, violent outbursts, and eventually an uncontrollable desire to kill himself, could not be drowned in alcohol or treated with the array of antianxiety drugs he'd been prescribed.

And so, with his father and stepmother at his side, he confessed to an intake counselor that he was suicidal. He wanted to be admitted to a psychiatric ward.

But, instead, he was told that the clinician who prescreened cases like his was unavailable. Go home and wait for a phone call tomorrow, the counselor said, as Marianne Schulze, his stepmother, describes it.

When a clinical social worker called the next day, Jonathan, 25, told again of his suicidal thoughts and other symptoms. And then, with his stepmother listening in, he learned that he was 26th on the waiting list for one of the 12 beds in the center's ward for post-traumatic stress disorder sufferers.

Four days later, on Jan. 16, he wrapped a household extension cord around his neck, tied it to a beam in the basement, and hanged himself.

In life, Jonathan Schulze didn't get nearly what he needed. But in death, this tough and troubled Marine may help get something critical done.

The apparent failure of the Department of Veterans Affairs to offer him timely and necessary care has electrified the debate on the blogs and websites that connect an increasingly networked and angry veterans community. It has triggered an internal investigation by the VA into how a serviceman with such obvious symptoms faced a wait for hospital care.

Johnathan is not alone, there are countless thousands of vets out there needing help, who are either told to wait. Boston.com takes a critical look into this epidemic affecting our returning vets, with an entire section of their site which, unlike the Main Stream Media who tries to hide the fact that we are even in a war, reports of the struggles of our returning vets. They have a section on their site: A Promise To Keep- Veterans Care

Heres a video hosted there