From The Weekly Toll WebBlog, please go there and sign the petition at the top of their page called : Give Us Combustible Dust Standards - Stop The Insanity

People Were In There

Yes people were in there and some actually came out. The New York Times took an aerial view of the Imperial Sugar plant in Port Wentworth, Ga.

“I saw people come running out burnt, screaming, hollering, their skin hanging off them,” said Jason Perry, who hurried to the plant after the blast to search for an uncle who was working that night. “One lady hit the ground, and then the medical was on her so fast you couldn’t see what was going on.”

Gruesome details emerge not even 48hours later, a scene many will not soon forget.

At 10:46 PM last night I received the New Your Times article and I tried like hell to write about this once again, to give everyone a back ground of all the time and effort spent (the Times article say it all) by some to keep this from once again happening but somehow I just couldn't find the strength to do so this time.

We all have this idea that we are invincible, tough as nails, we can take whatever comes our way and that's part of the problem, were not! We are not rocks, we just do what we have to to get by.

I had written an article, One Death, Many Losses, and I know there are flaws in it but to be 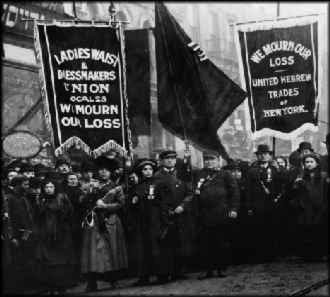 honest I haven't been able to rework it and I am not sure I ever will but it gives a brief over view of what one family experiences during this time. We are helpless while these events are happening but we are not now, we can do something to keep this from happing to another family. We don't have to be perfect or hard as nails; we just need to gather strength were we can, stand up and fight back and if we can't let someone else take over for a while.

I will not set back while OSHA sends us a few crumbs any longer, I WANT BREAD & ROSES! So expect a monthly letter from me.

What a terrible tragedy, go sign the petition, lets get a few thousand signatures.

The USMWF (United Support & Memorial For Workplace Fatalities) is an organization who is focused on (from their website):

Families who have a loss need to be acknowledged. We will not allow others to discount us any longer. We are the brothers, sisters, mothers, fathers and children of America. Families and their losses are not a number or a statistic. We are the very ones making your profits. We are not asking for more than we are entitled to, Our Right, The Right to a Safe and Healthful Workplace. We need leaders to restore our faith in governmental humanity.

Although officials previously said the fire that had raged in the refinery since the explosion was all but extinguished, authorities said Sunday that fires still burned in the silos. Helicopters were to be brought in Sunday to pour retardant to put out the flames, Wilson said.

Rescue workers and company managers were trying to determine where the missing men might be. Officials were focusing on at least three areas of the plant, including the silos.

The search was halted at sunset because the debris-strewn refinery remained too hazardous for nighttime searches. It resumed Sunday morning.

Imperial Sugar was one of the largest and oldest employers in this city of 5,000. The vast refinery was a network of warehouses, silos and buildings eight stories tall connected by corridors of sheet metal.

One of the critically injured, 49-year-old Gene Daniel Bryan Jr., moved his head Sunday in response to relatives, even though he was in a medically induced coma, said his sister, Penny Daley.

Bryan, a supervisor, led several of his employees to an exit but they had to flee down a staircase that was engulfed in flames, Daley said in a telephone interview.

"It's hard to say it makes it all worth it, but I'm just glad to say he was able to help somebody," Daley said.

Investigators with the Georgia Fire Marshal's office, the federal Bureau of Alcohol, Tobacco, Firearms and Explosives and the U.S. Chemical Safety Board began arriving Saturday.

Imperial President and CEO John Sheptor has said sugar dust in a silo used to store refined sugar before packaging likely ignited like gunpowder. Sugar dust can be combustible if it's too dry and builds up a static electric charge.

Updated- according to CBS: 5 bodies have been found

Sad news out of Georgia this morning.

A week after a deadly sugar refinery explosion, dozens of firefighters continued to battle the obstinate blaze Thursday and the death toll rose to at least eight.

Seven other people have been found dead in the rubble at the at the Imperial Sugar Co. plant in Port Wentworth, and one worker remained missing

Please note: there are now 11 deaths from this explosion you can read the update at: