Insurance Cuts Off a Working Parents Kid Fighting For Life!

Hannah is a 3 year old who has had a condition which makes her rely on rice, pears or the nutritional supplement Elecare. Even though her family is insured the company is calling the supplement Elecare, just that, "a supplement", and refusing to cover the costs.

"The use of specialized formula for treatment of anyone with an allergic intestinal disease is a primary treatment," Dr. Glenn Furuta, who specializes in treating children with Hannah's disease said. "It's not a supplement."

Oh and by the way, Hannah's Mother is a registered nurse and her father is a Police Officer, who has taken a second job to pay for the the Elecare. Just another terrible story of working people getting screwed by the Big Insurance companies. What a shame. In a side note: The makers of Elecare have donated 2 months supply, thats a hell of a lot nicer than what the insurance company is doing. And a BIG thumbs down for ABC not mentioning the Insurance company by name. 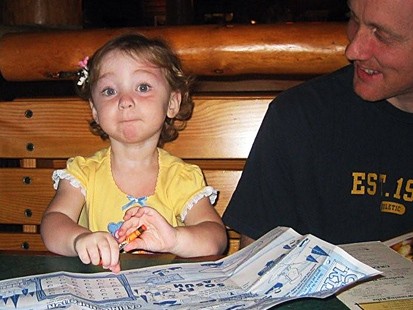 How do you explain to a little girl that she can't have pizza or birthday cakes, ask the parents of three-year-old Hannah Devane. Hannah suffers from a condition called eosinophilic esophagitis that produces a severe allergic reaction that causes her white blood cells to attack her esophagus. This makes it impossible for her to eat.

"It's really heartbreaking." Hannah's mother Jessie Devane said. Michael Devane, who is her father, said, "It's very difficult to tell her that she can't have a cupcake or a piece of chocolate.

There's no cure for Hannah's condition, which affects one out of 10,000 children. She has suffered from this condition since she was 11 months old and depended on a special formula called Elecare for basic nutrition. The only other foods the toddler can eat are rice and pears. But the Devanes' health insurance company is refusing to cover the cost of Elecare because, as the company told ABC News in a statement today, it is a "food supplement.

Dr. Glenn Furuta, who specializes in treating children with Hannah's disease, says Elecare is a medical necessity. "The use of specialized formula for treatment of anyone with an allergic intestinal disease is a primary treatment," Furuta said. "It's not a supplement."